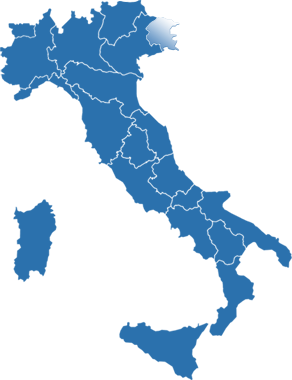 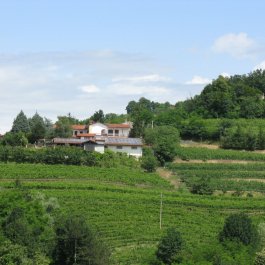 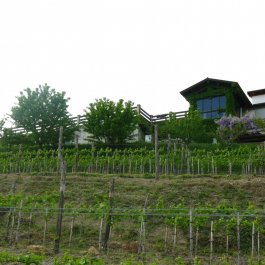 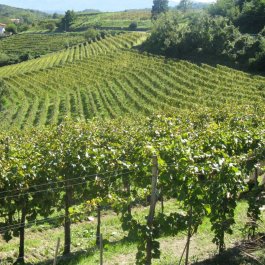 Hectares of vineyard: 16 hectares, of which fourteen enrolled Doc COLLIO, plus other two hectares located in the nearly area Doc Friuli ISONZO

IN THE HEARTH OF THE COLLIO REGION

The Muzic great-grandparents settled in the area of Bivio, within the Municipality of San Floriano, in 1927, when they moved as settlers into a house that had just been rebuilt after the destruction brought about by the First World War. The living quarters, a small yet ancient underground cellar for winemaking, a few vineyards and a handful of fruit orchards to face the poverty characterizing those tough years. Years, though, when the agriculture was revived, varieties of vineyards and fruit trees selected, as reported by the valuable work by Ernesto Massi ‘L’ambiente geografico e lo sviluppo economico nel Goriziano’ (The geographical environment and economic development in the territory of Gorizia), published in 1933.

Later, after the Second World War, grandparents Luigi and Jolanda managed to buy the house where they were already living and the first 5 hectares of land, which they had been working for years. It was 1963.

In this strip of land, the COLLIO, with its sun-kissed hills and gentle slopes, where the breeze coming from the Adriatic Sea makes the climate milder, the Muzic family continued to work with tenacity and sacrifice. Over the years they have increased the size of their farm, planting new vineyards on the typical ‘ponca’ soils, as marl and sandstone soils are called locally.

For more than 20 years now, Ivan Muzic, son of Luigi and Jolanda, has been a beacon for the family-run enterprise. Inspired by his great passion for nature and his land, he is a ‘free spirit’, born to spend his days in the vineyards, in every season, with any weather.

Standing on his side are his wife, Orieta, and his two sons - Elija e Fabijan -, both studying Oenology, the art of wine-making, at the Agricultural College in Cividale del Friuli and both passionately helping their father in the farm and in the cellar.

Our striking cellar is one of the oldest in San Floriano, dating back to the 16th century and recently restored. By a stroke of luck it escaped damage during both World Wars. Its bare stone walls and vaulted ceilings welcome guests and friends for tastings, and in its small oak barrels mature our red wines.

Forming with it an artful complex is the modern, state-of-the art cellar managed by Ivan, with the occasional assistance of a winemaking consultant. It houses temperature-controlled stainless steel tanks as well as large oak casks for ageing some of our wines.

Our annual production is about 90.000 bottles and is a perfect blend of tradition and innovation. We produce the native-variety wines Malvasia, Ribolla Gialla, and Friulano, plus the dessert wine Picolit, as well as the French varieties brought here in the late 19th century, both whites, Pinot Grigio, Sauvignon Blanc, and Chardonnay, and reds, Cabernet Franc, Cabernet Sauvignon and Merlot.